Testimonials from former Kwitters help our current users to embark on their journey towards a tobacco-free life. In addition to being motivating, they also make you feel supported and understood. 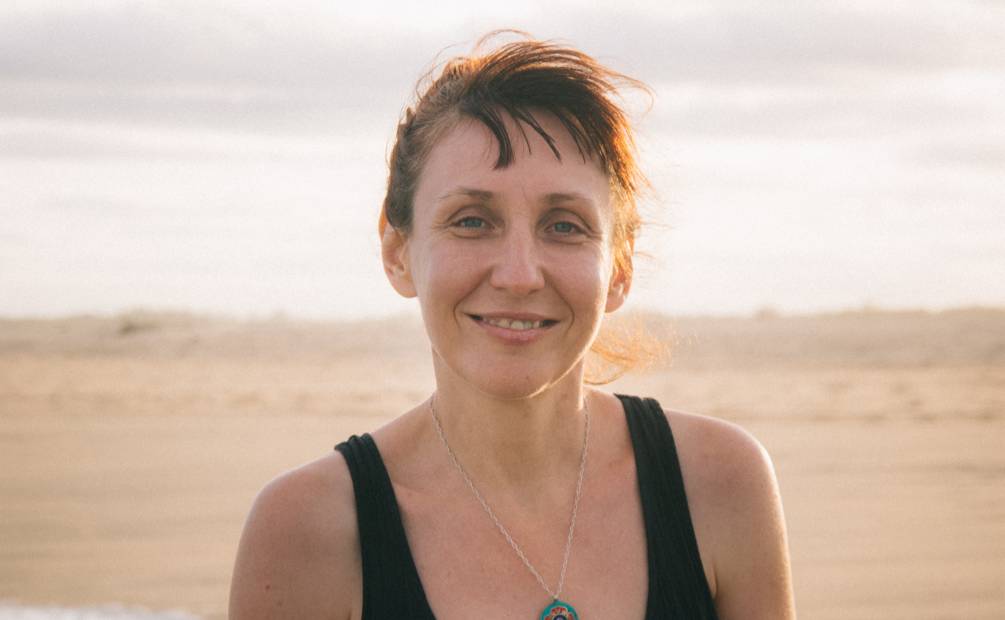 I smoked my first cigarette with my classmates when I was about 13 years old. Every Saturday, we would meet at the market and smoke cigarettes in an alley where no one could see us. When I was 16, I started smoking regularly.

When I decided to quit, I was 39 years old and smoked an average of 12 cigarettes a day. Some days it was a little more, others a little less. I started to worry about the effects that smoking had on me, like the typical smoker's cough in the morning. Physically, my health had deteriorated a lot.

My partner, who doesn't smoke, had already suggested a few times that he wanted me to quit. And what triggered me was the fact that I was no longer socially accepted. In my circle of friends, almost no one was smoking anymore. You are considered a pariah, as if you were a criminal. I felt very uncomfortable about it.

Before I stopped for good, I went through a few failures. This time, I tried Champix, a withdrawal drug. It's been almost six months now since I quit, and it feels good.

« Smoking a cigarette was my opportunity to escape »

The first few days without cigarettes, I really went through bad times. The medication may have made them more bearable, but in addition to the addiction, I also had to overcome the habit of smoking. I smoked mainly at fixed hours, so when I quit, every time we got to an hour when I normally went out for a cigarette, I felt a little lost. At that time, I easily had cravings. Today, I still have some…

For me, smoking was also mainly related to stress (at work). It was my opportunity to escape when I had trouble getting by or needed a break. I was worried about it when I stopped, but I finally managed to overcome the cravings.

I had a relapse: at Pentecost, there are always festivities in our church. I had a drink and let myself be seduced by a cigarette. Alcohol is a trigger for me, but after that, I stopped smoking and avoided alcohol and stress as much as possible.

Sometimes I want to smoke, but not as much as I did at first. Personally, I think that the cravings will never disappear, but they become more bearable. However, the addiction to cigarettes disappeared, and I am very happy about that.

My experience with Kwit

I discovered Kwit thanks to a friend who also stopped in the meantime.

What I like most is that the app is motivating. I like the fact that we receive reports on our health, for example, the last one I received is: "you are less sensitive to diseases". And it's true, I can already see a huge difference. 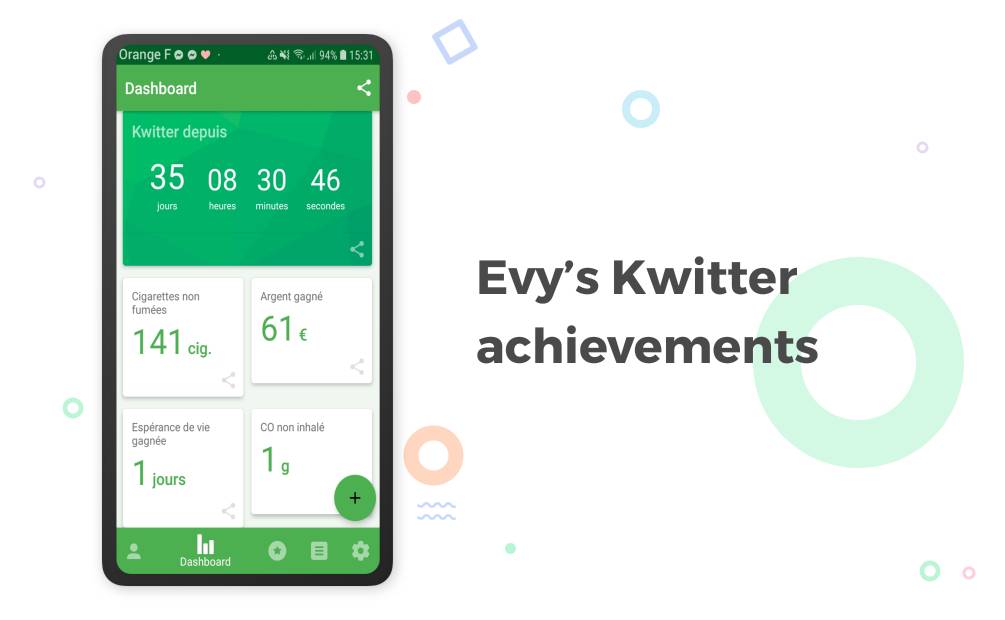 Just do it, that's all. You feel better about yourself. The addiction disappears. It's not easy, I thought I'd never succeed, but it's worth a try.

You quit smoking with Kwit? Feel free to contact us at hello@kwit.app, we would love to hear more about your experience as a Kwitter. Like Evy, tell us about your path to a smoke-free life!

Testimonials from former smokers can encourage and support people who would like to quit smoking but are reluctant to do so. It is important for these future Kwitters to know that they are fully capable of quitting smoking, too.